Lviv’s multipurpose stadium Arena Lviv played host to the third annual Media Forum from May 28-30. More than 600 journalists, bloggers, analysts, media managers, and students gathered together to discuss the event’s main theme: “Media in the Turbulent Times of Change”. The event emphasized the role of the media in the crisis events in Ukraine and around the world and drew 54 featured speakers from 10 different countries.

During each of the event’s jam-packed days, forum participants took part in discussions, participated in several of the 19 separate workshops available, or just shared their views on issues of vital importance.

At each Media Forum a special award is presented; this year the Oleksandr Kryvenko Award for “Progress in Journalism” was given to Levko Stek – Radio Liberty’s military correspondent. This year’s keynote speech on “The Liberty of a Journalist” was given by Olena Stiazhkina, a Professor of Donbass University that has been forced to relocate to Vinnytsia.

Link to the source: lvivtoday.com.ua 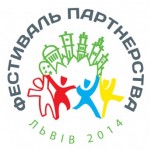 7 EAST EUROPEAN CONGRESS OF DENTAL IMPLANTATION
All events...
An example of a completed project:

Meeting of heads of customs services of Poland and Ukraine View all projects...
Contacts
e-mail: medialviv@gmail.com