Meeting of the Eastern Partnership

Lviv’s multipurpose stadium Arena Lviv played host to the third annual Media Forum from May 28-30. More than 600 journalists, bloggers, analysts, media managers, and students gathered together to discuss the event’s main theme: “Media in the Turbulent Times of Change”. The event emphasized the role of the media in the crisis events in Ukraine and around the world and drew 54 featured speakers from 10 different countries.

7 East European congress of dental implantation «Principles of evidence-based medicine in implantology» which brought together leading international and Ukrainian experts and became a worthy response to the formidable challenges of the times. More than 1000 leading dentists from Germany, Canada, Lithuania, Poland, Spain, Italy, Israel, Switzerland, France, Belarus, Ukraine and other countries attended this conference to share their experiences, listen to their colleagues and discuss in the hospitable spring Lviv. The scale of the event confirmed the venue - the Arena Lviv complex.

Lviv Financial Forum, which took place in Lviv on September 18 and 19, brought together more than 120 participants from Ukraine, the United States, the United Kingdom, Poland, Slovakia, Russia, and Georgia.

For the third year in a row, the Ukrainian-Polish "Partnership Festival" took place in Lviv. This festival was created for the development of Ukrainian-Polish cultural cooperation, presentation of the artistic life of Polish cities and voivodships, as well as the lords - the city of Lviv and Lviv region. The aim of the festival is to draw the attention of Ukrainians and Poles to the very great achievements of cooperation between Lviv and Lviv region with Polish partners, which are an example of European good neighborliness. The Consulate General of the Republic of Poland initiated the festival in Lviv in 2012. This year the idea of the festival became more relevant than ever. Relations between Ukraine and Poland have recently shown that hard times will always reveal true friendship. The support of the Polish people both during the revolution and during the war became valuable for Ukrainians. This time, due to the tragic situation in Ukraine, the festival organizers decided to abandon the holiday concerts on the big stage. Pay more attention to the experience of Polish reforms and the current functioning of the cultural sphere. The events of the festival took place throughout the city.

On April 25 The Spring Business Forum opened for the sixth time in Lviv. The forum participants discussed topical issues of the socio-economic situation in the country, economic reforms, investment attractiveness and climate. In the discussion, European integration and infrastructure development became priority issues for Lviv. 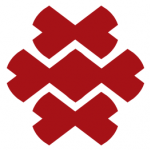 Spring business forum
All events...
An example of a completed project: